I grew up in a small town in northern New Jersey that was far closer to multiple dairy farms and active iron mines than the urban regions that come to the minds of most when they think about the Garden State. The town was on the old Morris Canal route, so unlike most towns in the region, ours had a small business district that had banks, drugstores, dry-cleaners, a hardware and candy stores, barbers and the last of the tiny "department stores" that were a big deal prior to the days of K-Mart and Sears-type stores. And yes, everyone knew everybody. I was fortunate to live in a house that sat on the parade route, so viewing the parade did not require any effort - just a trip to the front porch.

Our parades included the standard features; the volunteer fire department marching in dress uniforms followed by gleaming fire trucks, local school bands and flag corps, boy and girl scout troops, the mayor and council, and - most intriguing to me, the American Legion and Veterans of Foreign Wars Honor Guards, and the old veterans in their old uniforms, some of which rode in a few antique cars. I don't recall seeing any Vietnam veterans in these parades, but the the US was still involved when I was small so it is possible that some of them preferred to avoid hearing insults hurled at them from the crowd - not that I think that this would have been likely in our sleepy municipality.

I was always drawn to the individuals in military uniforms and wondered what they had experienced. Knowing that they had probably spent several years far away from home, I sensed that they in tun became far more a part of the fabric of the community than most of us.

The parade had its camp-followers - mostly boys either on their bicycles or on foot, We would trail behind to the cemetery by the lake and remain for the ceremony honoring those who never made it home.

When I became a father, we lived in a town vary close to that of my childhood. I was happy that my daughter joined the Brownies (Junior Girl Scouts).  She loved marching in the parade, and being among the younger kids, the Brownies would be given a place near the stone memorial with a bronze plaque holding the names of the fallen. As the speeches were being made, I would notice that the girls were getting a little uncomfortable in the now-new heat of late Spring, but at the same time I realized that it was precisely this bit of discomfort that would help her remember these annual events. Even then I had no doubt that years later, the memory of those days of childhood would be good ones despite the heat and humidity.

My youngest also loved to watch the parades, and as his high school baseball team had practice this morning, he was not able to see the parade. I chose, then, to give him a task to help him remember. The task fulfilled two purposes - getting me a photo and giving him a chance to search among the honored without having me around to point things out.

I sent him a text message (he drives) to stop by the old cemetery in town on the way home directing him to find a gravestone of a veteran of the American War of Independence. This is what I got in his reply text: 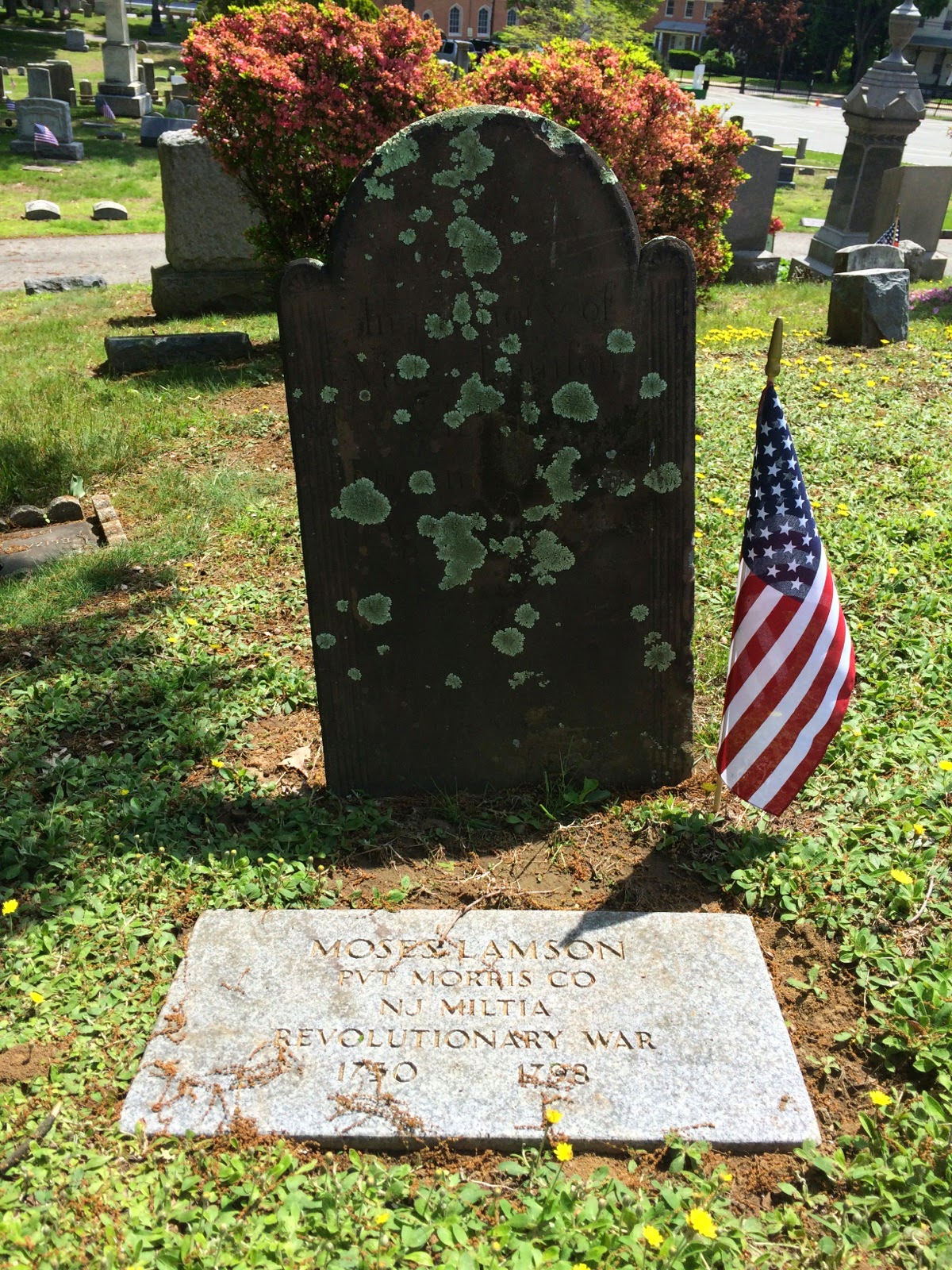 Noting his birth year made me think. When he was thirteen, we had won the Seven Years (French and Indian) War at had reached a point in which the colonists considered themselves as British/English citizens to a greater degree than they ever had previously - and would ever be again . From that point, moves by Parliament and The Crown steadily pushed colonists away. This individual, in a mere 10-12 years, went from being a young adult who was probably an enthusiastic citizen of Britain to one who fought them in support of the American republic. He later witnessed the the debates about ratification and the formation of the new system when the Constitution went into effect. He saw a lot of changes in a short period of time.

I grew up with the impression that things would be the same long after I reached adulthood, but that "illusion of permanency" (Credit - Samuel Huntington) was soon eclipsed by the reality of the influence of Western Socialism in the post-Soviet era*. I am beginning to believe that, as the American republic (that for which the man above fought) slowly succumbs to the threats faced by most republics that have made it as far as has ours, many of our youth may well see changes that occur in a succession almost as rapid as-they did in his lifetime. I just hope that these changes don't have the consequence of requiring more memorial stones to display additional names of those who fell victim to yet another (as labeled by Marxists) "experiment" with humanity.

Posted by Pleistarchos at 11:06 PM